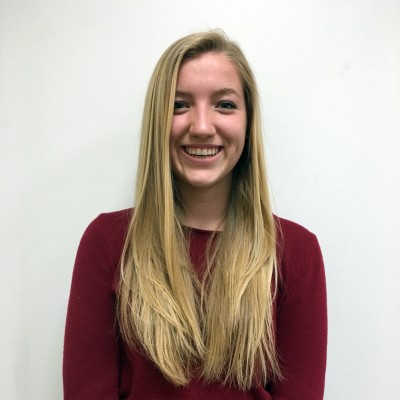 Maddie will graduate from high school this year and is excited to start her college experience at Utah State University. While attending high school, Maddie has been involved with student council for all four years and participated in the “Hope Squad” which is a suicide prevention organization. She has received many honors and awards including National Honors Society, Viking of the Month, Congressional Service Award, and the Youth Civic Engagement Award. Maddie has also spent five summers building homes on the Navajo Indian reservation. She has served on many committees to raise funds for AED’s, Operation Smile Club (for cleft palate surgeries) and a friends cancer treatments.

Maddie learned something very important when she attended ARC LDC 2015 – “Although I am just one person, I can still have an impact on the world. I may have just one voice, but I can use it to speak up and speak out.” Maddie is using that passion and dedication as she pursues her education in becoming a speech pathologist. She truly wants to help others speak up and speak out, both figuratively and literally.

After attending LDC, Maddie was selected to serve as Co-President for the ARC Provo Chapter. She quickly got involved and set two goals for that chapter: 1) have 30 people attend their monthly meetings, and 2) have 20 people signed up for LDC. In two months, they exceeded both goals. Maddie is a true leader and encourages the other committee chairs and the students who attend these meetings to work hard and work together. It is because of Maddie’s commitment and example that the Provo Chapter has grown to what it is today.

Maddie’s personal motto is, “Be somebody who makes everybody feel like a somebody.” She truly exemplifies this and makes a difference in the lives of others wherever she is.